How Into the Spider-Verse Makes You Love Its Characters 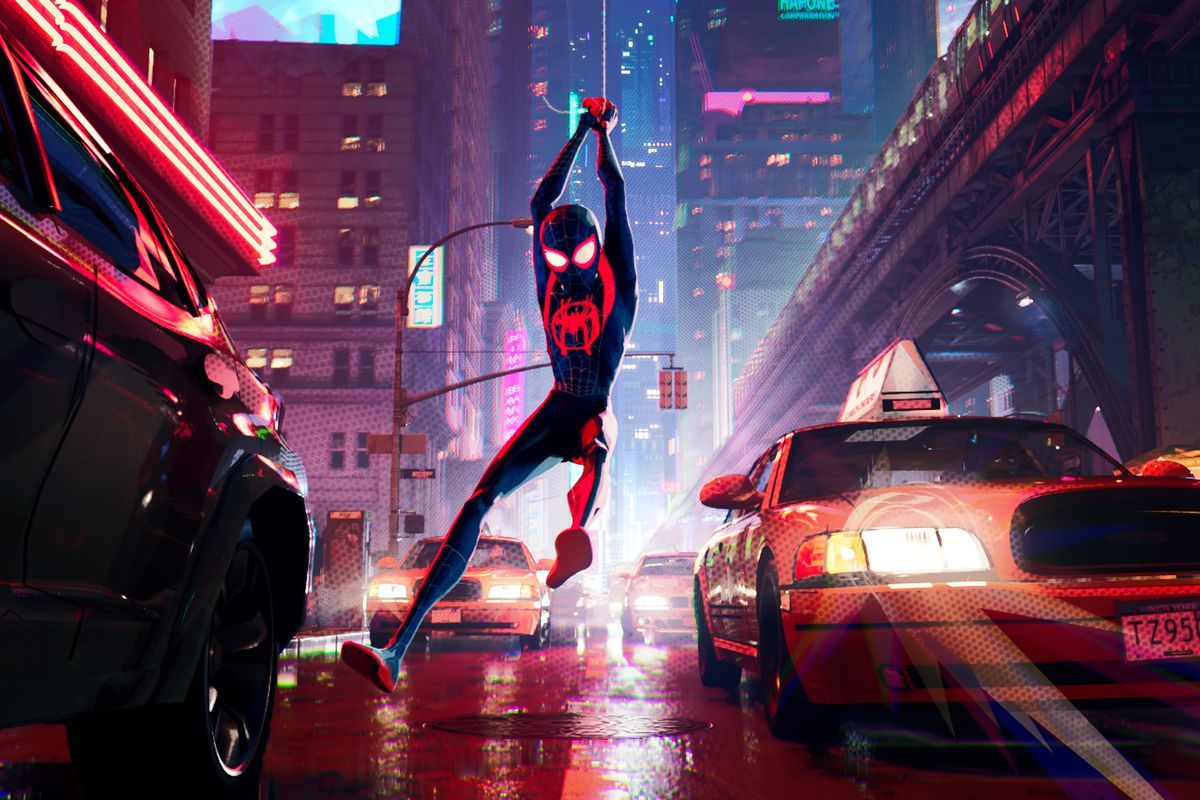 On Sunday I went to an early preview screening of Spider-Man: Into the Spider-Verse ahead of its UK release on the 12th. In this story, New York teenager Miles Morales gets bitten by a radioactive spider and... I feel like you should know the story by now.

I really loved Into the Spider-Verse, and it came at just the right time. Soon after the death of Stan Lee, beloved grandfather of the Marvel comics, this film pays tribute to Lee both directly and indirectly. There is, as a matter of course, a Lee cameo in the film, but I noticed it is a lot more heartfelt than the comedic Lee cameos we're used to in our Marvel movies. It's no secret that Spider-Man was Lee's favourite creation, and his message to Miles as he struggles to make sense of his new journey is wonderful.

Most of all, I was impressed by how much I cared for all the story's characters. The film takes its time to set up Miles as a likeable schoolkid who feels alone in a big, frightening world. Letting us build a friendship with Miles pays off later in the film, when it isn't afraid to pull the emotional punches. Each challenge and subsequent payoff really means something to Miles, because we're made to care.

From a storytelling perspective, this is way more challenging than it seems. Putting the main character through such meaningful struggles and making them pay off in a satisfying way can't be done on accident—it requires planning, co-ordination, and an understanding of human nature. It's a theme that pervades through my book.

That the film-makers behind Into the Spider-Verse got this so right also shows, impressively, that they totally get what makes Spider-Man a loveable character. He's an average kid who doesn't have all the answers. He gets punched a lot—both by New York's criminals and by life in general—but he always takes it on the chin and rarely broods on his failings.

As we watch Miles fight the film's antagonists—who, by the way, are all impressively sympathetic and well fleshed-out—it's easy for us to forget that he's just a kid. And as he grows to rely on his new friends, the film has a strong message, expertly supported by the struggles of all the main characters: You're not alone.

This is where this films pays its best tribute to Stan Lee's legacy. By really understanding what makes Spider-Man such a beloved character, and then executing on that by creating a well-planned and satisfying story, full of loveable characters standing across the ostensible good-evil spectrum, Into the Spider-Verse shows us that loveable characters make a story and bring us back for more. And that's what Lee brought us with his many diverse Marvel characters: people we love.

Tip of the Day: Don't just settle for creating characters that are merely likeable. Instead, follow Into the Spider-Verse's lead and create characters your readers will love. You can do this by creating scenes of great emotion, pain, and significance for your main character—but it has to REALLY mean something honest and deep for him.