Pain, Regret, and Redemption: Why The Last Jedi Is the Best Entry in the Modern Star Wars Saga

Obvious Star Wars: The Last Jedi spoilers follow. If you haven’t seen it yet, go see it.

The Last Jedi is my favourite Star Wars film in the modern saga, and twice as good as The Force Awakens.

It’s a film drenched in pain, regret, and shame, embodying a theme of redemption in the face of failure.

Is it perfect? No.

But I loved it from it start to finish, and it affected me deeply on an emotional level.

In fact, I think it will go down in history in the same regard as The Empire Strikes Back, a masterpiece with which it draws strong parallels.

Moviegoers have consistently called TLJ “underwhelming” and even “boring”, because they expected a larger-than-life superhero story, and to have their outlandish theories on Rey’s parents or Snoke’s role pandered to.

What they got is an interesting story about human beings suffering real problems.

Entitled super-fans even write about being “betrayed” by certain aspects of the plot, as if their outlandish theories were more important than a simple film with a good story.

These people miss the point entirely. An interesting story will last longer in our hearts than pandering nods. Didn’t you learn that from the prequels?

Yes, there are issues with the plot, the criticism of which does not qualify as nitpicking.

In short, Leia should have died, the Canto Bight sequence was a bizarre and unnecessary derailment from the plot, and Adam Driver’s performance seemed awkward and distracted.

I’d have let Leia die in the bridge sequence, because with Ben’s clear emotional turmoil, deciding not to pull the trigger, and then the Tie fighters abruptly swooping in to blow up the entire bridge in a swift stroke, would have been an absolutely perfect way to handle Ben’s emotional struggle between the First Order and his family, and a perfect setup for his conflict with Rey in the rest of the film.

The ensuing ‘Mary Poppins’ scene is slightly cheesy, though it is a nice nod to her seldom-used force abilities. It came out of the blue, and did not seem to serve the plot for the rest of the film, save the brief moment she gets with Luke before he faces down Ben.

This would also solve the obvious real-world problem of how (or whether at all) to portray Leia in later films after Carrie Fisher’s death.

I would have taken out the Canto Bight sequence, or at least made it a lot less jazzy, and taken out the weird animal rights message at its climax.

The entire sequence reminded me too much of the CGI-reliant prequel trilogy, which I think we all want to forget.

Something about the casino sequence felt a bit off, like it wasn’t part of the same Star Wars universe I’m used to. Less CGI, more real-world effects, and a bit less jazz would have solved this for me.

This sequence was mercifully short, but it did feel like a derailment from the core story, save for the fact that they kept it fast-paced so as not to disrupt the pacing of the main plot.

How had Finn recovered so quickly from his injury on Starkiller Base? Having Finn barely recover close to the end, with a bigger role on Crait, would have made for a more streamlined plot.

At the battle on Crait, I’d have had Rose fly into the battering ram cannon instead of Finn. I thought the way they handled this in the film was a bit cheesy and anticlimactic. Their kiss was as bizarre and unnecessary as the cheesy “save the ones we love” line.

Like I said before, while those plot misjudgments bothered me, I don’t think they’re enough to label the film as underwhelming in any way.

Like The Force Awakens, this is a great movie with individual problems.

Remember that moviegoers and reviewers in 1980 also called The Empire Strikes Back “underwhelming” and “boring” too. I’ve heard first-hand accounts of moviegoers leaving theatres disappointed at the time.

But Empire is now widely regarded as the best of the original trilogy, if not one of the best films of all time.

Empire dealt with human beings struggling to deal with difficult situations. Perfect cinematic sequences like the Luke-Vader duel, Han going into the freezing process, complemented an underlying message of ‘Yes this is hard, but you will make it through this’.

Like Empire, TLJ deals with these hard emotions, and doesn’t take the easy route of stupendously choreographed lightsaber fights and space battles, though it does some expert cinematography to excellent effect.

The in-camera filming of the Ben-Rey conflict in Snoke’s throne room impressed me, as did the natural believability of Daisy Ridley’s performance.

My favourite scene in the movie, the light-speed crash scene that destroyed Snoke’s flagship, may go down as one of the best cinematic pieces in the Star Wars saga. The gravity of Admiral Holdo’s final act, the sacrifice and bravery, completely flattened me.

And the tension built in that throne room scene, culminating in the epic fight, and touching on the conflict between Ben and Rey, beats any of the over-choreographed CGI mess in the prequel trilogy.

It is indeed a cinematic treat, but it was the story in TLJ that spoke to me in a way that most films are not sufficiently brave enough to do so. It deals with hard, ugly emotions that most people don’t want to see.

TLJ is a film about pain, regret, and redemption.

Luke’s personal struggle with his failure as a Jedi Master is handled perfectly, and is itself perfectly appropriate.

His shame and regret are palpable throughout the film. He created Kylo Ren! He is partly responsible for the death of millions and destruction of countless worlds wrought by the First Order throughout the galaxy.

Rey’s justified disappointment in this legend’s fall from grace only adds to Luke’s shame. But importantly though, it also enriches Rey’s character arc of a wide-eyed, naive, yet skilled youngster into the mature, wise Jedi Knight we all hope she will become.

The climax of the film sees his redemption as he uses his Force mastery to distract Kylo Ren and the First Order, allowing the Resistance to escape and fight another day.

I thought that the culmination of Luke’s final act, and his death, were absolutely perfect. John Williams’ original score from the twin suns scene, and the look of relief on Luke’s face as he released his soul to the Force, created a perfect ending to a perfect character arc.

The finale of TLJ was controversial, and I didn’t like it on first viewing. But I’ve now decided that it fits for the same reasons as above. It shows the Force-sensitive youngsters in the fathier stables being inspired by the return of Luke Skywalker — a metaphor for the hope sparked across the galaxy.

Luke’s redemption is the very spark that returns hope to the galaxy.

His character arc throughout the film is one of failure, pain, and regret, to one of hope, inspiration, and purpose.

What I’m trying to get across to you is that this kind of character arc makes a film far more interesting than any special effects or fight scenes ever possibly can.

Where The Force Awakens played it safe, The Last Jedi took risks with beloved characters that paid off, making us love them even more.

Raw, human emotions experienced by characters we look up to as God-like heroes and legends, make for a far more interesting story.

And seeing this wide range of hard emotions dealt with in such an impactful way made me fall in love with this movie.

The Last Jedi is a flawed masterpiece that takes repeated viewings to fully appreciate. Like Empire, time will bear this film out. 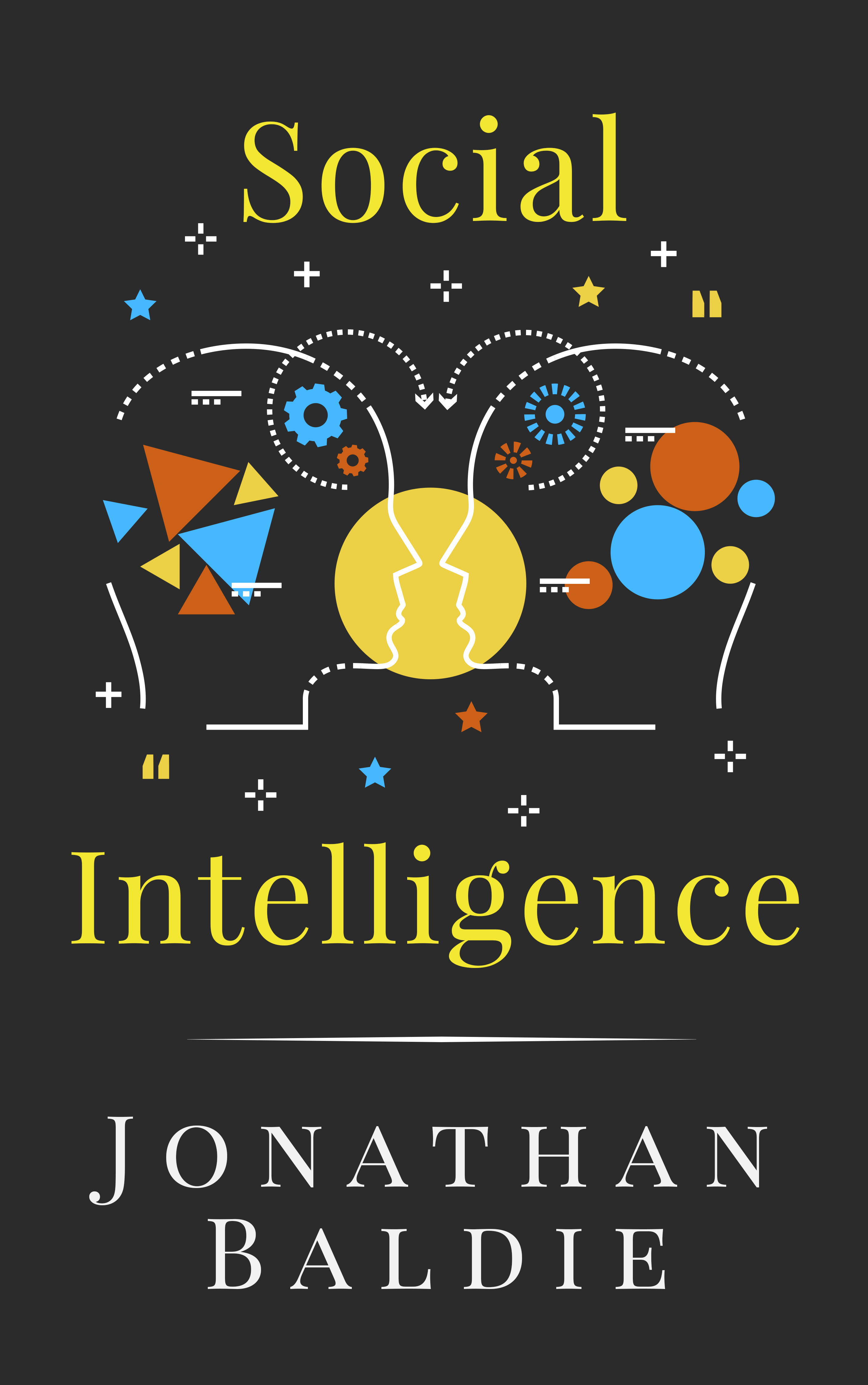 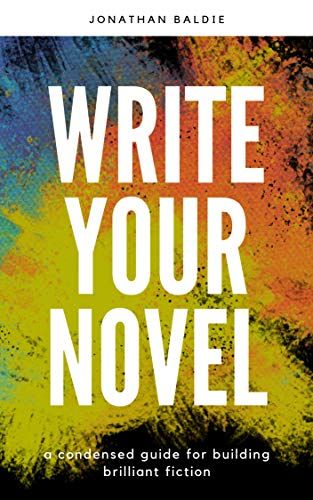